It's been ages since I tried my hand at fiction, but when the challenge came, the possibilities were just too enticing to pass up. The challenge came from Chuck Wendig at his blog Terrible Minds. Participants were asked to post a story of 1,000 words or less. The story was to be a superhero story mashed up with another subgenre of your choice. First on the list was Splatterpunk Horror. How could I resist?

Let me know what you think in the comments. Unless, you know, you didn't like it. 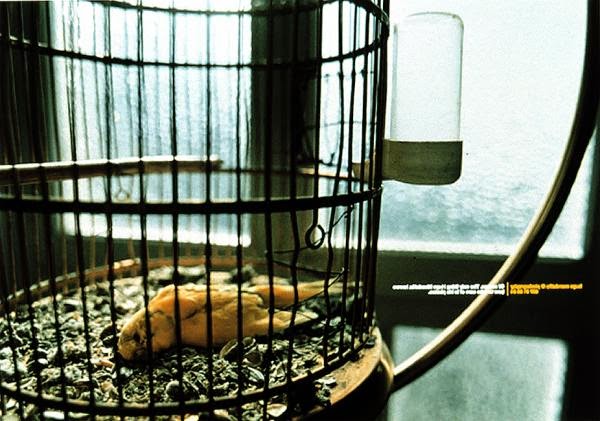 Canary
by Marvin the Macabre


I write this as an act of desperation, aware it is probably my death warrant. But the world must know. After all, that’s what he really wanted me for: A witness. Why else would the world’s most mysterious, solitary crimefighter sign up for the sidekick mentoring program? And why are my duties limited to carrying his gear and cleaning up blood? I was at the top of my class at Sidekick Academy for fuck’s sake! Voted most likely to graduate directly to the rank of crimefighter! But no, I wanted to do things the right way; to learn from a legend. When The Jaguar choose me, I almost wept with joy.

Then I met him. There was something wholly unnerving about his gaze. Like he was looking down on some lesser being. I chalked it up to the refined art of intimidation. The beaten, bloodied criminals he took down never failed to mention those eyes.

My first days at Rothman Estate (did I mention his secret identity is Elias Rothman, spoiled rotten heir to the Rothman biogenetic fortune?) were a lesson in humiliation. The first thing he did was strip me of my name. Inspired by Jaguar, I had cultivated an identity that bespoke power and tapped into that archetypal energy. I was the mighty Kodiak.

“You ain’t no Kodiak,” he mocked, “not even a cub. You want an animal name? Fine. You’re Canary.” Even as my stomach revolted, I made no outward sign of my displeasure. I assumed he was breaking me down to build me up again. I knew I’d been getting an ego at academy. Excelling at everything and outperforming your peers by a factor of three will do that. So I accepted his training methods as painful, but necessary. Thing is, after five years he hasn’t even attempted to teach me anything.

I think Ubermensch is on to him, at least a little. There’s little trust and no love between them. As for Mr. Mind, he’s a complete fraud. I stood not five feet away from him, my mind screaming RESCUE ME! and he just walked away with a tiny nod and an oblivious grin. Mostly Jaguar keeps me away from the other supers. He’ll see one coming and order me to some menial task a safe distance away. He refuses to join the Crimefighters Coalition for obvious reasons.

I’ve known for years that Jaguar had crossed a line, but I thought I could tough it until the end of my apprenticeship. That all changed last night. In the past, it’s always been criminals. Filthy fucking murderers and rapists so reprehensible that a court of law almost seems too good for them. Almost. But last night when I saw that glint in his eye and his teeth-bearing half-smirk, I knew it would end badly.

As usual, we were parked in the Jag-Car listening to the police band radio when he heard about a noise complaint at a frat party. “Three blocks away,” he said, “Let’s roll.”

As he stomped his accelerator to the floor, I objected, “It’s a noise complaint Eli, shouldn’t we wait for…”

“Not while I’m in costume!” he barked.

He slammed to a screeching, smoking halt. “Take the Lord’s name in vain again and I will fucking END YOU!” he shrieked, so completely unhinged that I couldn’t even stammer out a “Yes Sir.” After glaring at me for a good 30 seconds, he pulled the car to the curb and turned off the headlights.

“There it is.” He pointed to a white two-story half a block away. “We’ll wait until the police have come and gone.”

“Couldn’t we just leave it to the police?” I asked, the timidity in my own voice disgusting me. He responded with an elbow to the teeth. We waited. I bled.

As soon as the responding officer left, we walked in the open door. Jaguar was careful to shut it behind him. Inside, the music was back to blaring. It was one of those Heaven and Hell parties. The upstairs was decked out in billowing white sheets and feathers, while cleavage-bearing angels served crystalline liquors from sparkling shot glasses. The basement would be a red-lit S&M den with sorority girls in leather domination suits slinging Hellfire shots from between their breasts.

Jaguar flung a throwing claw into the stereo, reducing the pounding dubstep beat to a sparking electric white-noise drone. After a collective “What the fuck, bro?” the place fell silent under Jaguar’s bestial presence.

“There’s drugs here,” he announced. “You’ve got one chance to turn them over.” He stared them down, his gaze so commanding that those nearest instinctively emptied their pockets, producing near-empty bags of herb, pipes, and a tiny vial of blow. Jaguar extended his clawed hand as if to accept the contraband, then lashed out with a roundhouse kick to the face. The scrawny stoner stayed down, so Jaguar headbutted the next in line. Blood exploded from the jock’s nose, covering Jaguar’s mask with a red mist. He grinned. His glare penetrated deeper into the crowd. “There’s more,” he demanded.

No one dared come forward. All were silent save the tearful pleading of some hipster with a Jew-fro. It was nonsense. The standard ”Don’t hurt me I’ll do anything you ask” gibberish.

Jaguar tossed a blade at his feet. “Cut yourself,” he repeated. The hipster hesitated. “Pick it up,” demanded Jaguar. He did as he was told, raking the blade haltingly across his forearm. “Not there,” said Jaguar, “your throat.”

At this, Jaguar unleashed an ungodly howl and slashed with his claws, tearing half the boy’s throat out. His head lolled forward as the arterial spray doused a dozen partygoers. Jew-fro slumped to the floor, his head offset from his neck at a sickening angle. Screaming erupted and the stampede began. Jaguar bellowed above the din, “Do you WANT another noise complaint?”

Some people think Jaguar’s claws are fake, something he fashioned himself. They’re half-right. The claws are real, but he also made them. Biogenetics empire, remember? Eli began his career with clawed gloves, but they didn’t satisfy him. He wanted to feel the muscles tear beneath his fingers. He wanted to kill, not with tools and gadgets, but with his own body penetrating the flesh. His kills used to be quick and efficient, but tonight he toyed with his victims like a housecat.

He grabbed one of the fleeing fratboys and shredded his neck lengthwise. He slashed at it over and over until the last threads of flesh tore free. He held the dripping head high, presenting it to the crowd. “DRUGS KILL!” he shrieked. Then he grabbed the nearest girl and slammed the severed head into her own repeatedly. The sound of bone fracturing quickly gave way to the wet slurp of blood and brain.

Even as he attacked, Jaguar expertly kept his body between the crowd and the exit. When they made for the back door, he commanded me to guard it. I made for the back of the house, if only to escape the carnage. People were trickling out onto the back porch, but in the madness of escape, it was becoming clogged with half-trampled bodies all clawing at one another to get to safety. I tried to keep order. I even broke out the back window for them, but only a few more escaped before the opening became a jammed-up writhing mess of panic.

Jaguar finished up in the front room and made his way to the back. He chuckled at the sight of the human traffic jam, then took a running start, and slammed his shoulder into them. Did I mention that Jaguar has superhuman strength? Nothing like Ubermensch, who can throw trains, but more like a gorilla. It was more than enough to snap ribs and crush internal organs. Injured bodies piled in front of the door, and Jaguar jumped up and down on them like it was some demented bouncy house. The blood and piss flowing from beneath the pile of bodies flooded the kitchen floor, nearly to the stairwell.

Oh shit the basement! The music was still pounding from below. They had no idea what was happening here in Heaven. While Jaguar was distracted, I searched for another staircase out of his sight. When I got to the main room, the sight dropped me and I puked onto the viscera-strewn carpet. But I picked myself up and soldiered on, stepping carefully around the still-twitching bodies. With each step, I could hear the squish of the blood-saturated carpet. It was already soaking into my shoes.

There was no second staircase, and Jaguar invaded Hell before I could warn them. Jaguar unseated the party’s “Satan” from his infernal throne and installed himself there. Anyone who tried to scramble up the stairs took a throwing claw in the back. Once Hell’s denizens knew they were trapped, the Underworld’s new king began his reign.

As much as I want to reveal this monster’s depravity to the world, I’m unable to detail the events that came after. Even now my mind attempts to erase them from memory, my sanity’s final effort to save itself. Suffice it to say that Jaguar commanded his subjects to inflict incomprehensible cruelty on one another, and not one of them left alive.

As per usual, Jaguar left a calling card indicating the slaughter took place at the hands of some super-villain. When the police arrived, he made a show of desperately searching for survivors. They always believe that schtick.

I wondered who he’d lay the blame on this time. Surely not one of his old stand-bys.  Mr. Twisted was in jail. Necro Joe has “thrown himself” off of a parking garage. None of the others would have been capable of the atrocities the police would discover. So he made up a new one. When the police arrived, they found, placed just outside the front door, a tiny wire cage containing a dead canary.


I can hear the steel-reinforced clunk of his boots on the floor above me. Oh God, I think he knows I tried to help them escape. I’ve written my confession, but how will it ever find its way out to the world? I only hope justice finds a way.
Posted by Marvin the Macabre at 5:38 PM